My book group has gathered every month for more than 20 years to read books by and about women. After all that time and all those books, is it possible we have agreed on a favorite?

Yes. Our favorite book club book of all time is Triangle, a novel by Katharine Weber.

The book weaves together the stories of Esther Gottesfeld, the last living survivor of the Triangle Shirtwaist factory fire of 1911; her scientist granddaughter; and a feminist researcher who asks Esther to share her memories and then listens a bit too carefully. The novel is riveting and challenging, with complex characters.

Weber deftly builds both the mystery at the heart of the novel and the tense drama of the Triangle inferno. Small details that at first seem to provide only texture to the story later loom with horrifying impact.

The ending of the novel sent me racing back to the beginning with a new understanding – or at least new questions – about the plot. Triangle does not yield its insights easily, which makes it the best kind of book group selection, ripe for animated discussion.

Who owns history? The person whose story you believe.

A tragedy and a legacy

The Triangle Shirtwaist fire took place 103 years ago this week. It was a predictable and preventable tragedy that killed 146 workers – mostly young immigrant women – at a clothing factory in New York.

Dozens of the workers leaped to their deaths from the top floors of the blazing building, an image that anyone who lived through 9/11 can conjure all too easily. Even more people burned to death, many of them trapped behind locked doors in flaming workrooms. Others crawled onto rickety fire escapes that collapsed and sent them plunging to the sidewalk.

More than 350,000 people marched in the streets of New York to mourn the garment workers. Outraged by their needless and excruciating deaths, factory workers organized and won many of the workplace safety laws we take for granted today.

A year before the Triangle Shirtwaist fire, some 20,000 women who worked in garment factories had gone on strike to demand better wages, a shorter workweek (52 hours), and specific safety measures. These working class women, many of them Yiddish-speaking immigrants, drew the support of New York’s suffragists, some of whom were women from the city’s wealthiest families.

The suffragists raised funds for the workers, bailed them out of jail, and organized mass rallies to generate public solidarity. Across the city, factories conceded to the workers’ demands, acknowledged the unions, and improved workplace safety.

A year later, these safety issues cost 146 people their lives. But they cost the factory owners nothing – in fact, the two men profited from the tragedy. While they settled lawsuits by paying family members $75 for each lost life, the owners received insurance settlements of $400 for each worker killed. The two men went on to run other factories, accumulating and ignoring citations for the very safety violations that had led to the carnage at the Triangle Shirtwaist factory.

It may seem we’ve strayed pretty far from the topic of favorite book club selections. But that’s the power of a good book: it takes you on a journey out of your world and into another. And with a haunting novel like Triangle, part of you is likely to remain there for a long, long time. 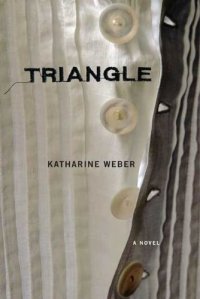 4 thoughts on “The best book club book of all time”