Still looking for holiday gifts? Consider a book. Maybe this one.

Starts with a jolt

At first I resisted reading Celeste Ng’s debut novel, Everything I Never Told You. I felt I had read enough “missing child” novels over the past few years. That would have been a mistake.

The book starts with a jolt: “Lydia is dead. But they don’t know this yet.” The novel is indeed about the aftershocks that shake a family and a community when a child vanishes. But this book is different from the others: Lydia was missing long before she disappeared.

Her mother is a white woman who yearned to be a doctor but ended up a dutiful and despairing wife and mother. Lydia’s Chinese-born father is a college professor who specializes in studying that ultra-American icon, the cowboy.

Lydia is the favored child, so obviously the focus of her parents’ love and ambition that her younger brother and sister get little attention from their parents. Indeed, the parents create a room for the unplanned youngest child, Hannah, in the attic “with the unwanted things,” and sometimes briefly forget about her.

We learn about the story in bits and pieces, from the distinctive perspectives of several characters. The narrative voice itself has its own spooky character, telling us at one point that Lydia’s mother is wrong about her belief that the local lake is shallow.

In a book about the strictures of race, gender, identity and the meaning of family, I was particularly intrigued by the characters who hover at the outer edges of the fractured Lee family. Hannah Lee is a fascinating character, a child so isolated among her siblings and parents that she is shocked and thrilled when one of them lets her hug them instead of brushing her away. Her “body knows all the secrets of silence.” Because her relatives rarely speak to her – and this family uses words like veils – she understands more than anyone else about what is really going on.

Some novels haunt me after I’ve finished them, and Everything I’ve Never Told You is one of those. But rarely do I wish for a sequel. In this case, I do. 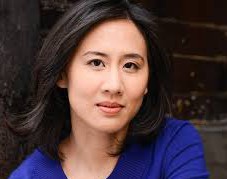