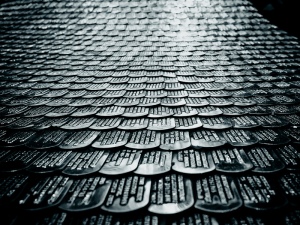 In May of 1970, the Vietnam war was raging both overseas and at home. Already about 34,000 American service members had been killed. The public had just learned that President Nixon had ordered the military to invade neutral Cambodia, an action so illegal he had issued the order in secret. The news inflamed protests on hundreds of college campuses nationwide.

On May 4th in Ohio, the state’s National Guard fired on Kent State University students as they protested peacefully on their own campus, killing four students and wounding nine others. 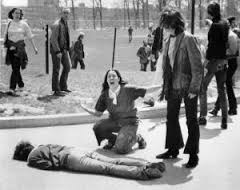 Ten days later in Mississippi, local police responded to protests on the campus of Jackson State by shooting hundreds of rounds into a women’s dorm. The fusillade killed two students and wounded twelve more.

In a dynamic that a generation later would give rise to a movement, few people outside of Mississippi ever heard about the killings at the historically black university. The massacre of white students at Kent State drew headlines nationwide, and added fuel to the anti-war protests that embroiled an estimated 4 million college students that spring and closed down 800 campuses across the country.

Five years later, on April 30, 1975, the Vietnam war officially ended. I was a junior in college, and the war that had cast its shadow across my youth was over. “Bring the boys home,” we had chanted, and now it was finally happening.

If I was even aware that some 10,000 American women had served in Vietnam, they did not cross my mind on that day 40 years ago. I never could have imagined that I would spend more than a decade in the middle of my life writing a novel about them.

Looking back at a movement that has ended

Last weekend I attended a national conference called Vietnam: The Power of Protest, designed to reunite the Vietnam anti-war movement and examine what we’ve learned. (I am saying “we” although I was only a casual participant in the anti-war movement.)

While our nation often looks back at pivotal events, such as the recent commemoration of the 1965 march from Selma to Montgomery, rarely do we get the chance to examine and assess a movement that has actually ended.

This is not to suggest that the peace movement is over; indeed, it is needed more than ever now that the U.S. operates in a permanent state of war. But the anti-Vietnam war movement is history. And the young, fiery activists who fought for peace now have decades of experience to call on as they consider what it all meant. 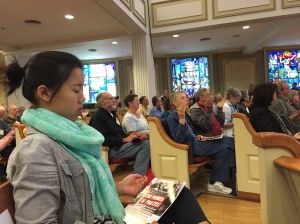 So what did the Vietnam era anti-war movement achieve? Some say the movement ended the war; others say it merely shortened the war. Some think it merely ended the draft; others think it drove one President out of office (Johnson) and launched another (Nixon) into a downhill slide from which he never recovered. I believe all of these outcomes resulted from the movement’s most spectacular accomplishment: it turned public opinion against the war.

Tom Hayden is a political activist who co-founded the radical Students for a Democratic Society (SDS), was one of the Chicago Seven convicted of “conspiracy to incite violence” after the police riot at the 1968 Democratic Convention, served for a decade in the California state assembly, and wrote several books. After all that, he is probably best known for having been married to Jane Fonda.

Hayden was a keynote speaker at the conference, and he had a singular perspective on what the movement had achieved. “We can take credit,” he said, “For creating the constituencies that elected Bobby Kennedy, Bella Abzug, Ron Dellums, and Patricia Schroeder – all elected at the height of radicalism in 1972.”

Former Congress members Pat Schroeder (D-CO) and Ron Dellums (D-CA) also spoke at the Power of Protest conference. Schroeder recalled advocating against the war from within Congress, a seat she had won with campaign donations that averaged $7. Her campaign poster was a photo of a military cemetery with a quote from Richard Nixon saying, “Many of our soldiers have already been withdrawn.” 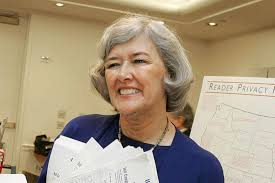 Dellums, the former mayor of Oakland and longtime member of Congress, sounded a somber note. “When the war in Vietnam was over,” he said, “a lot of people went home and left us [African Americans] to deal with poverty and injustice. What would America look like now if Martin Luther King had been alive to say, ‘The war is over. Let’s move on to end racism’?”

We heard personal testimony from a diverse range of anti-Vietnam activists, all of whom are still involved in social justice movements: Susan Schnall, a Navy nurse who was sentenced to six months hard labor for distributing anti-war leaflets while in uniform; David Harris, who served three years in federal prison for refusing the draft; Wayne Smith, a Vietnam veteran who has spent the past 40 years “helping to heal the wounds of war by addressing the causes and consequences of war.”

Mark Rudd, a leader in SDS and founder of the Weather Underground, spent seven years underground himself, a fugitive from the federal government. He personified the gamut of feelings about the anti-war movement.

“It was the greatest thing in my life,” he said, “to be part of a mass movement that won.” But then he questioned what exactly we had won.

“I’m going to die soon, never having tasted any power at all. Why are we so allergic to power? The right-wing doesn’t feel that way. They’re idiots! They don’t believe in global warming! But they run the country. All of our strategies and tactics should lead toward political power,” Rudd said. “The only way to do it is to organize mass movements.”

The journalist Juan Gonzalez provided a perfect definition. “Movements are made by tens of thousand of people who make individual decisions that they will risk the disapproval of their families, losing friends, losing jobs, losing their freedom, even losing their lives – because something has to change.”

But it was Heather Booth, progressive organizer and strategist, who added a grace note to the long day. Looking back at herself and her colleagues in the Vietnam anti-war movement, she recalled, “We were young, headstrong, reckless, arrogant, foolish – and we were right.”

6 thoughts on “A week of remembrance”