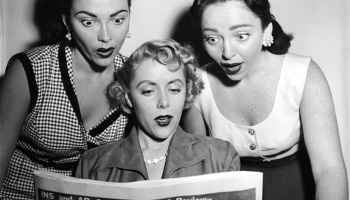 My novel, Her Own Vietnam, is going to be an audiobook! It will be available in July through Audible.com.

And I’m thrilled to tell you that the book will be narrated by – or, more accurately, performed by – Robin Miles, the multiple-award-winning audiobook narrator, director, and actress.

That strange sound you hear is me, squealing like a fangirl. It’s very unbecoming.

Let me count the ways

I listen to a lot of audiobooks, and Robin Miles has long been my favorite narrator.  I’m not the only one who appreciates her talent. Last night the Audie Awards were held – the Academy Awards of the audiobook world – and Robin won two Audies. She was a finalist in three other categories.

The best way to get to know her is to listen. Robin has narrated more than 200 audiobooks on Audible.com alone.

One of my favorites was The Book of Night Women, by Marlon James. This is one of those poetic, powerful novels that’s so good you grieve when it’s over. It’s about a handful of women who are enslaved on a sugar plantation in Jamaica in the early 1800s. The narrator – unidentified until the end of the book – tells the story in a Caribbean lilt that adds to the flavor and spookiness of the tale. The novel focuses on Lilith, a young but “seasoned” woman (born into slavery on the plantation), and her mentor Homer, one of the older generation of enslaved people “from the Africa.” Both women have otherworldly powers and a heart for insurrection. Robin Miles brings to life characters from the enslaved women to their brutal overseers, creating distinctive voices with their respective Caribbean, African, English and Irish accents.

Other Robin Miles audiobooks I’ve listened to and can recommend include:

Robin has also narrated many books I plan to listen to, such as Another Brooklyn by Jacqueline Woodson – and a few I don’t (Your Pregnancy Week by Week).

She has even narrated a book by Sheila Connolly with the intriguing title Fundraising the Dead. Unfortunately, this is a mystery, not a how-to for those of us in the nonprofit world.

Over the next few weeks, you can expect more frolicking from me about my new audiobook. Look for an interview with Robin Miles, observations about what it’s like to hear a novel you wrote in someone else’s voice, reflections on reading vs. listening to books, sneak peeks at the audiobook (is there an aural equivalent?) and fun giveaways. I may even find a moment to write about other people’s books as well.

I [heart] print books too

Still love print books? So do I. Here’s a list of wonderful recommendations put together by independent booksellers across the country, called the Indies Next List.

Oh, and by the way, my publisher is having a heck of a sale on the paperback version of Her Own Vietnam.