Only 29 days until my novel, Her Own Vietnam, is released, and we’re on #10 in my countdown of 30 women novelists.

The power of the particular

Elliott Holt’s first novel, You Are One of Them, came out in 2013. Her website describes it as “A novel about secrets, betrayal and the friend who got away.”

This is a compelling tagline, but it could apply to a lot of books. It also misses the particularity of this novel, which in my opinion is the source of the book’s power. All of the secrecy, betrayal and unraveling of friendship in the novel take place in the shadows of two titanic historical forces: the Cold War and the global reshuffling that followed its conclusion.

In 1982, two 10-year-old girls growing up in Washington, DC write letters to the Soviet premier to advocate for peace. Jennifer’s letter gets published in the newspaper to great acclaim, and she is invited to travel to Moscow with her family to meet Yuri Andropov. Sarah’s letter seems to get lost.

The close friendship between the two girls also gets lost, as Jennifer becomes a celebrity while Sarah becomes an awkward and lonely teenager. Three year later, Jennifer and her family are killed in a plane crash.

Sarah grows into adulthood still obsessed by what happened to their friendship and by the Cold War that overshadowed both their childhoods. She decides to visit Russia – no longer the ominous Soviet Union – to learn the truth about Jennifer’s fate and the demise of their friendship.

I enjoyed this adroit novel on a number of levels. I love novels in which regular people recognize that politics and current events have a profound impact on their personal lives. Also, much of the book takes place in familiar Washington locales. Other sections are based in Moscow, as Russia and its citizens try to find their identities in a world that has radically shifted its shape.

A writer to watch

Holt is an interesting writer whose career has already taken intriguing turns. In 2007, New York magazine called her “one of the stars of tomorrow.” In 2010, she wrote a mystery story – on Twitter, 140 characters at a time. Her short stories have been widely published and praised, including this one, published in Guernica.

I’m looking forward to Elliott Holt’s next novel. In the meantime, take a look at You Are One of Them. Both the title and the novel will send a chill skittering up your spine. 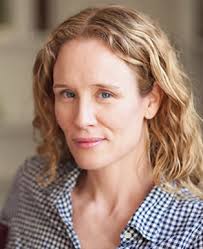